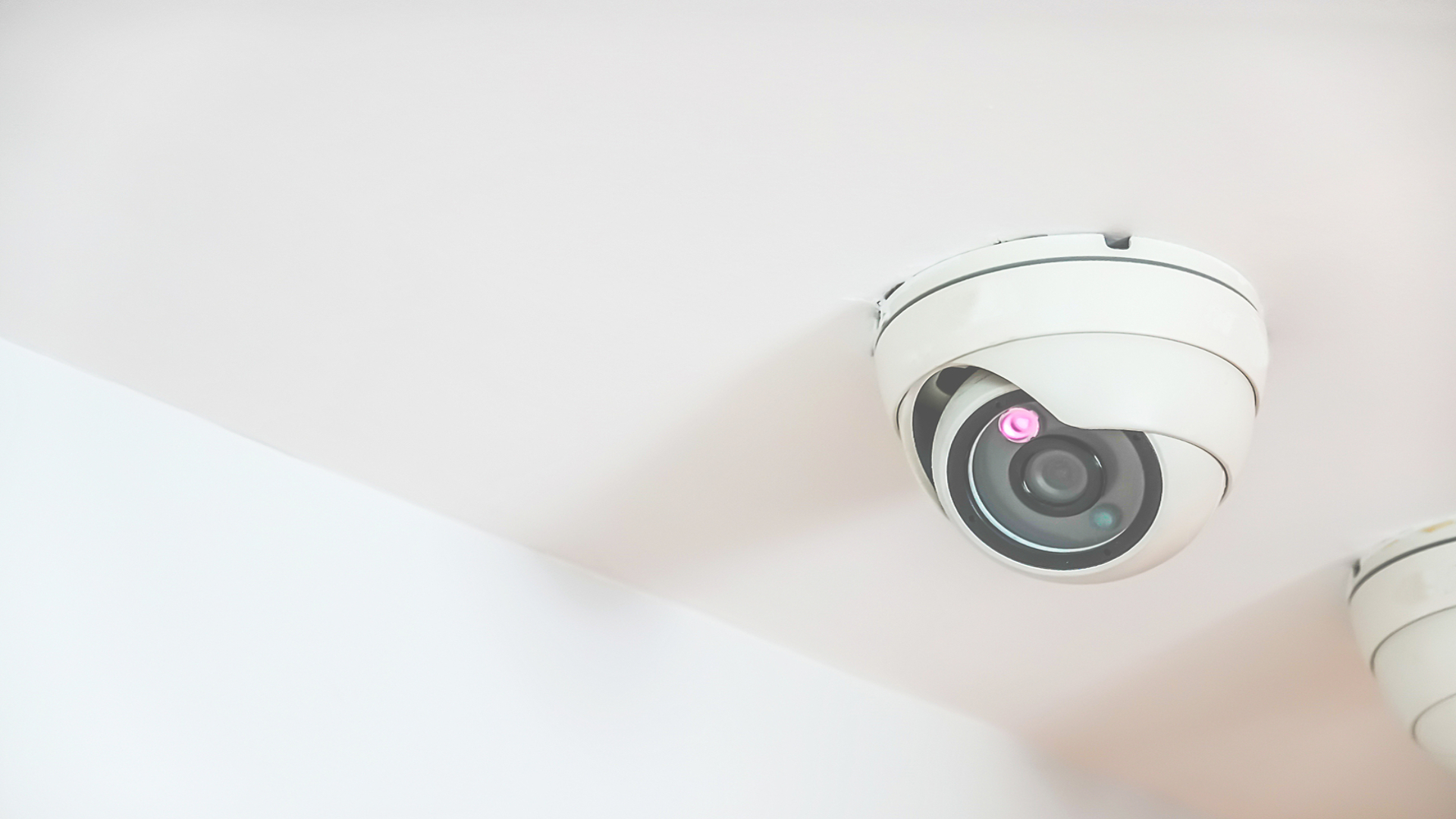 What to Look for When Buying a Security Camera System

Modern security camera systems are great for monitoring your home or business, as many systems offer great tools and features that make it easier than ever before to keep an eye on things when you are away.

However, expanding product lines can make it difficult to parse through all the options, especially if you are not familiar with what specs to look for. You can easily get lost in a sea of information and competing claims.

But not to worry! Below is a helpful guide that explains what to look for when buying a security camera system—whether for your home or business—so you can make an informed buying decision.

When it comes to security cameras, the first thing to consider is the camera resolution. A clear video can make all the difference, especially if you ever need to share a video recording with police!

Camera resolution typically ranges from 2 megapixel (MP) high definition to 16 MP ultra high definition. Compare the two and there is a noticeable difference in terms of quality. 2 MP, while still HD, does not show as much detail or offer as much clarity as higher quality cameras. Meanwhile, 16 MP security cameras produce clear, detailed footage, even in instances when the subject is a considerable distance from the camera.

To illustrate this, take a look at the above image. It was captured from a video at 480p, or 0.3 MP. Try to read the text printed on the side and back of the van. Some of the text on the is side is readable, if grainy, while much of the text on the back is illegible.

Shift your focus to the same image below. This was captured at 1080p, or 2 MP.

The text on the side of the van is clearer compared to the 0.3 MP image. The back of the van is not only clearer, but there is better contrast as well. Even in an ideal situation like this one, where the van fills up much of the camera frame and is brightly illuminated, you can see the difference that the jump in quality makes.

Most vehicles won’t have identifying information on the side, and you will be trying to read the license plate. With a high definition video camera, you have a good chance of being able to read a license plate, or make out identifying features on a person’s face. With a low resolution camera, that may not be the case.

It’s important to think about where you intend to install the camera before shelling out the big bucks for a 16 MP camera, which can be more expensive than lower quality cameras.

A home security system with a few outdoor cameras might not warrant a 16 MP setup. You can save money and still get clear footage with 2 MP or 4 MP cameras. After all, you’re probably just surveilling the immediate perimeter around your house, which a 2 MP or 4 MP camera will handle just fine.

A commercial security system—which is often designed to secure high-value inventory, sensitive data, and other items—can definitely benefit from higher resolution 12 MP and 16 MP security cameras. The sharp camera quality means you can potentially cover more area with fewer cameras, since the footage will show a great deal of detail even when set back at greater distances to cover a wider space.

The bottom line: a high-resolution camera system is a must. If you’re a homeowner, keep an eye out for 2 MP and 4 MP cameras, both of which record footage in HD. On the commercial side of things, 8 MP, 12 MP, and even 16 MP cameras make more sense. Ultra HD is clear, detailed, and can cover more area with fewer cameras.

Are the cameras equipped with night vision?

Night vision is a feature that can often get overlooked, especially since most people won’t be tuned into their security camera in the middle of the night. But just as with high resolution video, night vision is an important factor that makes a huge difference in terms of overall security.

The good news is that most—most, not all—outdoor video cameras are equipped with night vision, a feature that automatically turns on when it becomes dark. These cameras are built with a light sensor and infrared (IR) LED lights. When the light sensor no longer detects sunlight, the LED lights turn on and emit an infrared field that only the camera can see, making it possible for the camera to record footage in the dark.

If you live in a more rural area or otherwise need to cover a large area on a lot of land, consider a traditional night vision camera that captures footage in black and white. Those with less area to cover can go with a camera that can capture footage in color, though keep in mind that type of camera is often more expensive.

Cloud and local storage is important, especially for cameras with ultra high resolution.

In terms of video storage space required, the difference between a 2 MP and 16 MP camera is vast. The higher the resolution your camera is, the more quickly you’ll run out of storage. Video file sizes increase very rapidly as resolution increases.

Most security cameras these days store footage on an online cloud-based storage system. Some security camera systems are best suited for local storage, so be sure to discuss your options with a security professional.

Some security cameras will come with an allotted amount of dedicated cloud storage available out of the box, at no additional cost. If your security cameras are 2MP or 4MP, you probably won’t need to worry about running out of storage space, unless you save most or all video files (remember, most recordings won’t show something of interest, in which case they can be deleted to preserve storage space). However, 8 MP resolution and higher take up more space per file. This means you might need to expand your cloud, or opt to go with local storage with enough space instead of the cloud storage option.

But cloud storage is inherently limited, so local storage might be the best option. As opposed to relying on a third-party storage system, local storage is available immediately. At Bay Alarm, we offer both cloud and local storage and can help you determine what is best for your security system.

Smartphone integration ensures that your security camera system is usable.

Security system usability has come a long way in recent years, with more focus on smartphone and computer integration. Many security cameras can now easily connect to your phone for live video monitoring, but some apps are built differently than others.

We’re often approached by customers that want all-in-one security. That is harder to achieve when your system is made up of devices from various companies, each with their own proprietary app with varying features and settings. If your security cameras are from one company and your burglar alarm from another, you’ll probably find yourself jumping from app to app. That’s not a big deal for some, but it’s a major inconvenience for others.

At Bay Alarm, we achieve comprehensive, easy-to-use, fully customizable home and business security with products that form one ecosystem. All of our security systems—security cameras, burglar alarms, fire alarms, access control and more—can be managed and monitored through one app: Bay Alarm Link. With just a few taps you can watch live security camera footage from your phone. And you can configure the system to send you alerts when the security cameras detect motion.

Whether you’re intrigued by the all-in-one security offerings that a particular security company can offer, or you just want high quality cameras and it doesn’t matter who sells them, there are definitely some specific smartphone features you want included with your system.

Account privacy: Some apps are more effective at protecting your information than others. Two-factor authentication (2FA) is one of the best ways to secure your account, but some apps don’t have this capability. If privacy is something you’re concerned about, then look for a platform that has 2FA.

Custom settings: Maybe you want a security camera system that notifies you when it detects movement. Or maybe you don’t want that. Either way, you should be able to configure the camera settings the way you want. Some cameras and apps don’t come with as many features, so you could be limited in that regard. If you do want options galore, pay close attention to types of settings and features that come along with your cameras. You can talk with your security provider for more in-depth information.

Shared access: Giving additional users access to your live video camera footage is a big bonus for families, and for companies which need to delegate access to multiple people. You should look for an app that makes it easy to add and remove users, with varying permission levels, with just a few taps.

It’s worth comparing camera models and security companies. There are a great number of both available, each touting unique features and capabilities. As long as you take your time and do your homework, you will likely end up with an effective security camera system—backed by a great security company—that works exactly as you desire.

Do you want a security camera system for your home or business? Contact Bay Alarm today! Our security agents are ready to help you get the security you deserve.